Is there anything we could add to such a fantastic strain? Speed. But without affecting her true nature as a feminised plant. She's as capable of producing large amounts of flowers and resin as her predecessor. She just does it much more quickly. This is exactly what Quick Gorilla offers: harvests that could be mistaken for those of a Gorilla but in less than 56 days.

Quick Gorilla is an Indica-leaning hybrid whose fast flowering doesn’t make her any smaller. She’s a rather sizeable and bush-looking plant with ample internodes that allow for adequate aeration and prevent the appearance of humidity issues. Her colouring remains virtually unaltered: lime-green leaves that seem almost sugar-frosted at the end of the flowering period.

Quick Gorilla shortens the flowering, yet this affects neither the quantity nor the quality of the final product. Another important feature of this outstanding hybrid is, as is the case with Gorilla, her ability to produce an awful lot of resin. Her nuggets are, therefore, extraordinarily gooey. And are, by the way, pretty Indica-like: super-thick, heavy, ball-shaped, and dusted with shiny trichomes.

Quick Gorilla’s aroma is predominantly gassy, with earthy undernotes and some sour hints, exactly like the one found in Gorilla.

Her effect is anything but quick-acting. Get ready for a long-lasting feeling of relaxation. Her incredibly low CBD levels allow THC to show its full potential, meaning Quick Gorilla will anchor your body in deep relaxation for hours. Not the kind of effect those who prefer a gentle high are looking for.

Her rapid growth is her most valuable asset. The 58-63-day flowering of Gorilla has been reduced by a week or even 10 days. Quick Gorilla’s flowering wraps up in just 51-56 days, which makes her particularly suitable for growing outdoors in regions where unexpected rainfalls could take place some days before harvest. Indoor growers will also benefit from her in that she offers the chance to achieve multiple harvests in the same space, with the same lighting fixture and in the same length of time. 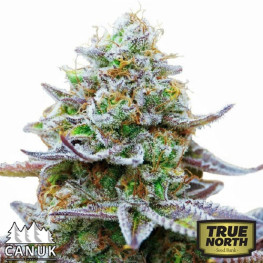 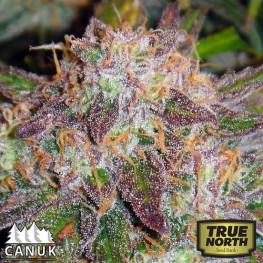 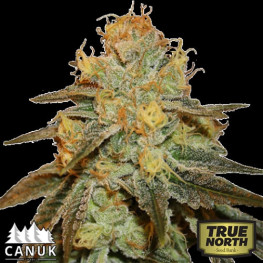 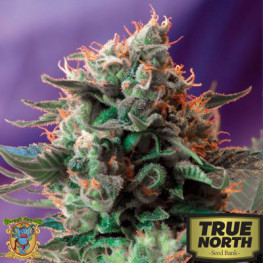 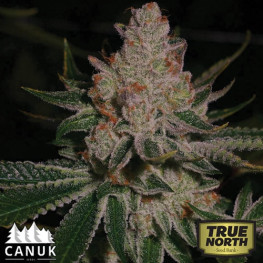