Bruce Banner cannabis is one of the most potent strains of cannabis.

The name Bruce Banner comes from a fictional character in the marvel universe. It is a hybrid created by crossing the OG kush and the Strawberry diesel. Compared to the other cannabis strains, it grows in a colder climate and semi-dry climate.

As a favourite among cannabis users, breeders have used Bruce Banner to create other strains, namely Hulkamania and Strawberry OG.

Now let's take a look at this rather interesting strain of cannabis and how to grow it.

How Did Bruce Banner Get its Name?

The origin of the name comes from the human alter ego of Hulk from the marvel universe.

It is often said (jokingly) that this strain of cannabis is so potent that it could calm down the hulk in his rage.

The claim is made because the percentage of THC in Bruce Banner cannabis ranges from 20% to 29% in some phenotypes.

As a reference, regular hybrid cannabis has a percentage of THC of around 10%.

Bruce Banner is a Sativa and Indica hybrid cannabis plant with a ratio of about 60% and 40%, respectively, with a sweet and earthy taste and a diesel scent.

Variety #3 is the most famous one out of the three as it won the Denver US cannabis cup.

Bruce Banner #3 was also reported as the strain having the highest THC level ever tested in the cannabis cup.

What Strain Can Be Created From Bruce Banner Cannabis?

Bruce Banner cannabis was used as a parent for Symbiote, Hulkamania, and Strawberry OG.

The strain Symbiote was created by Darkhorse genetics.

Symbiote came into existence when Bruce Banner 2.0 was crossed with Bitch Slap.

It has a grapefruit and wild berry pie with a rich, spicy flavour accompanied by a scent of needle pine in gasoline.

The complexity of the scent and taste was reported to improve relaxation according to Symbiote users.

The Hulkamania is another descendent of the Bruce Banner strain.

The strain was produced by crossing Monster Cookies and Bruce Banner.

The flavour is a sweet, spicy, and minty smell and taste, followed by peppery and grassy notes.

Hulkamania is best known for its soothing and relaxing properties.

Additionally, the Strawberry OG is also a hybrid with Bruce Banner cannabis as a parent.

Strawberry OG was obtained by crossing Bruce Banner and SFV OG together.

The strain has a sweet flavour along with hints of strawberry and an earthy undertone.

Upon inhalation, a lift in the mood is observed while a soothing sensation is felt across the body.

Some cannabis users report that Strawberry OG provides a boost in their creativity.

How To Make Bruce Banner Cannabis? 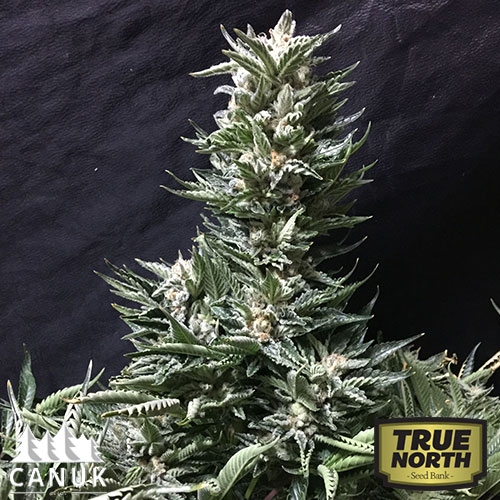 Bruce Banner is made by crossing the cannabis strains OG Kush and Strawberry Diesel.

Creating this strain is simple:

Bruce Banner first came into the world when Jason Holck (also known as OG Ironlung) from Dark Horse Genetics when he crossed the strawberry diesel and OG Kush.

This cross gave five varieties, but only three available, namely the #1, #3, and #5.

Bruce Banner plant is delicate, and failing to provide a suitable environment can significantly impact the percentage of THC.

Compared to other cannabis plants, Bruce Banner prefers cooler growing conditions; temperatures should be kept between 64 to 77 degrees Fahrenheit (18 and 25 degrees Celsius) in a semi-dry climate.

If the climate is similar to the growing conditions, the plants can also be grown outside.

For the germination, seedling, and vegetative phase, the number of light hours should be 18 hours per day, but it is reduced to 12 hours for the flowering stage.

If you want to grow in soil, it is best to start with higher-than-average nitrogen, calcium, and magnesium levels in your feeds.

For flowering, you can top-dress with phosphorus-rich nutrients.

The germination phase lasts for 5 to 10 days.

The roots will start to form, and the plant will make its way up.

The seedling phase has a duration of 2 to 3 weeks after the germination phase.

Growers should maintain 18 hours of light and 6 hours of darkness for the seedling stage.
The seedling will emerge from the soil and start forming its first small leaves.

At that phase, the roots are still small, and they do not need as much water.

The vegetative phase lasts for around 4 to 5 weeks after the seedling phase.

The plant will start to gain some height and develop more leaves.

In the vegetative phase, Bruce Banner plants will need more water as the plant is getting bigger.

The amount of nitrogen present in the soil has to be increased along with nutrients.

Light and darkness duration remains the same till plants reach a height of 10 to 12 inches.

The flowering stage lasts for 9 to 10 weeks before harvesting.

The plants have reached the final stage when the buds are harvested.

At the flowering stage, growers should add phosphorus-based nutrients in addition to other nutrients.

Start defoliation on the third week and do it once per week.

About the author: Joe Powers

After an incident in the military, in 2011, Joe Powers began investigating cannabis by talking with industry leaders. In 2016, Joe launched Hemp Writer with its first publication in clarifying disinformation on specific updates to certain federal CBD laws.

Upon calling out a leading cannabis law firm spreading dis-info, Hemp Writer established itself as an authority in clarifying updated information emerging from the cannabis industry. Joe continues charging forwards with increasing momentum to continue fulfilling his vision of SHARING ACCURATE CANNABIS INFORMATION.

Make sure you enter the (*) required information where indicated. HTML code is not allowed.
Blog search
Blog Categories
Blog Archives
SHOP BY CATEGORIES